This article describes the "Stats" tab within the ggRock Web UI.

Stats permits access to a monitoring facility known as Grafana.

1. Click the "Stats" tab at the top-right corner of the ggRock Web UI.

2. The Grafana login screen is displayed. 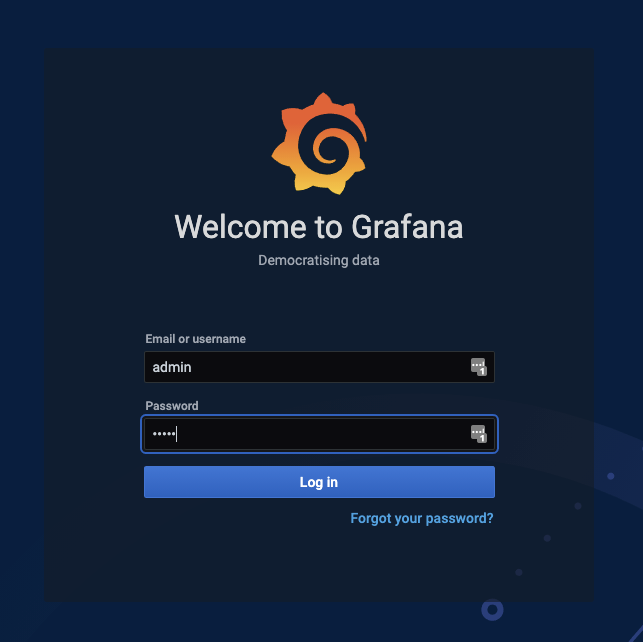 3. Upon successful first log-in (if this is your first time accessing the Stats facility), enter a new password of your choosing for security purposes, otherwise proceed to step 4. 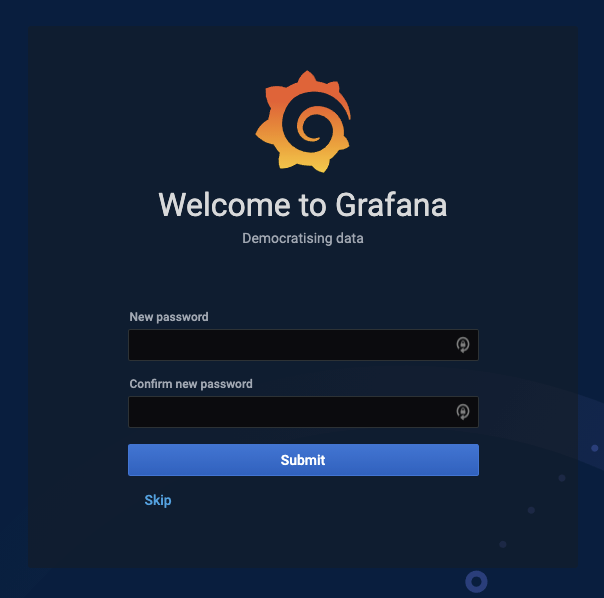 4. The ggRock staff have provided a default set of Basic Metrics. 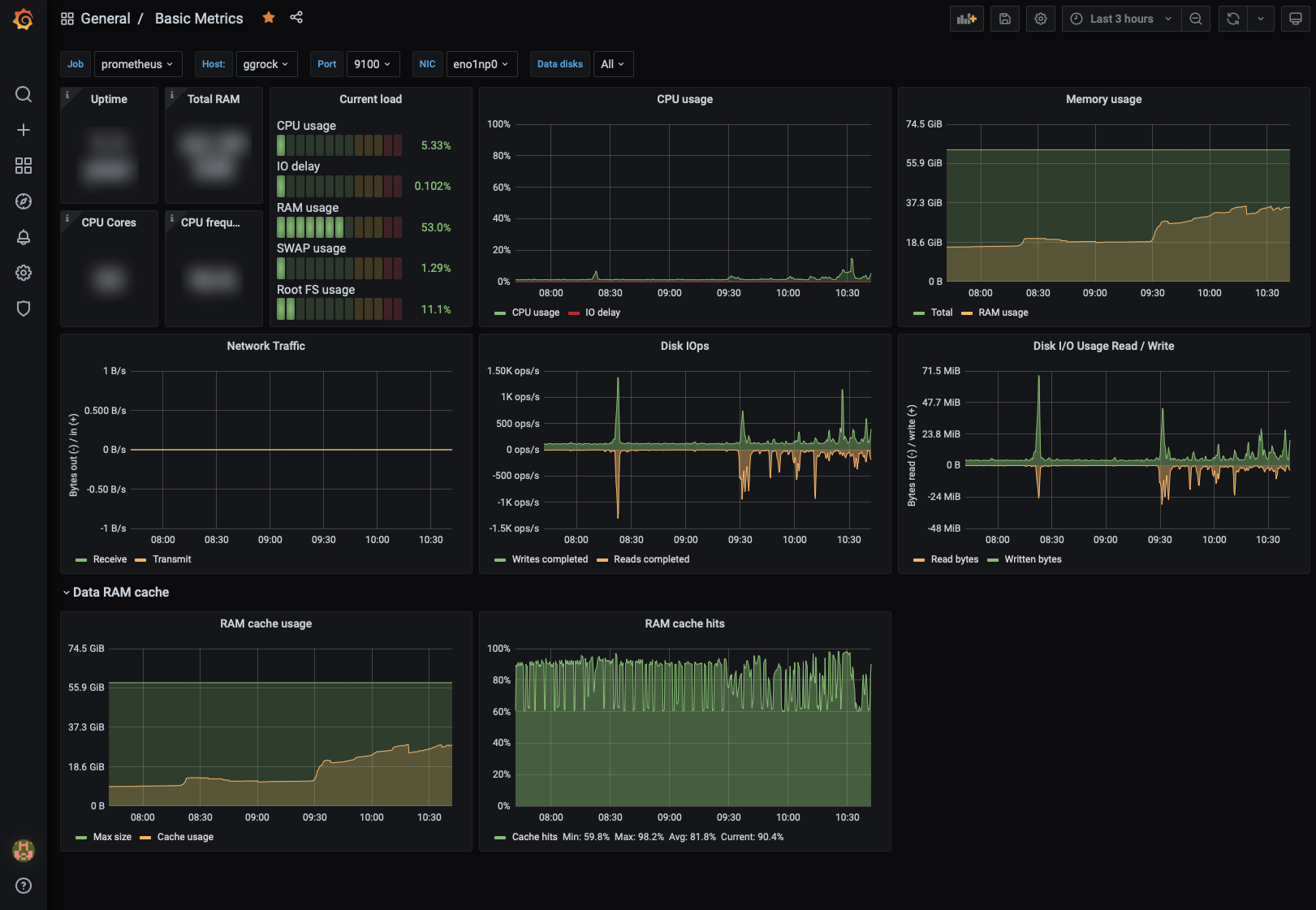 One statistic in particular to keep an eye on over time is RAM cache hits. It should show a varied load with a lot of access to different parts of the disk, which causes ggRock to reconsider what it caches quite often. As long as the average RAM cache hits is over 80% you are in good shape. If your RAM cache hits are on average less than 80% it may be necessary to contact support for remediation through software or hardware configuration changes.

The total time your ggRock server operating system has been booted.

The total amount of memory (RAM) detected by your ggRock server operating system.

A chart of CPU usage and IO Delay over the last three hours.

A chart of Total RAM and RAM Usage over the last three hours.

The total number of CPU cores presented to the ggRock server operating system.

The CPU frequency detected by the ggRock server operating system.

Data transmitted and received in Megabytes per Second over the last three hours.

Disk reads and writes (in operations per second) over the last three hours.

Disk data read/written in Mebibytes over the last three hours.

The usage of the ZFS Adaptive Replacement Cache gives a general idea of whether it is being used efficiently. If your RAM cache hits tend to be lower than 80% it is in general a good idea to contact support for optimization suggestions.